‘A real threat’: Pirates are selling cheap, live TV and some Canadians are signing up 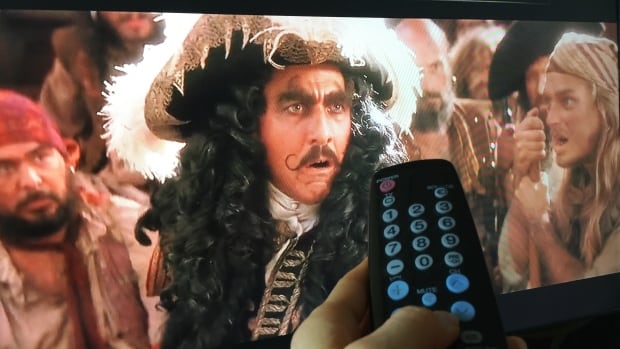 The offers sound too good to be true: pay a small monthly fee and get access to thousands of live TV channels from across the globe, offering everything from sports to entertainment.

“Stop paying high prices for cable,” touts one ad on Kijiji, offering more than 500 TV channels for a monthly $20 subscription.

Of course, there’s a catch.

These are third-party dealers selling pirated TV channel subscriptions. Nonetheless, this black market industry is growing globally, and it’s catching on with Canadians.

A recent study found that 6.5 per cent of North American households have accessed a pirated live TV subscription. (YouTube/Honest Fred’s)

A recent study suggests that 6.5 per cent of North American households have accessed a pirated live TV subscription.

The report was done by Sandvine in Waterloo, Ont., a broadband equipment company that tracks home internet usage. It studied anonymous home internet traffic from thousands of Canadian and U.S. internet providers during the month of September.

Sandvine spokesperson, Dan Deeth, says because these pirated TV services demand a fee, they pose “a real threat” to Canada’s cultural industries. That’s because if Canadians are paying the pirates, they may have less money to put toward legitimate TV services.

“That money is not going into the pockets of people who worked hard to make the content,” he says “This is money being paid to people who have literally stolen content.”

The lure of pirated TV

Deeth says if left unchecked, the threat will continue to grow given the appeal of these cheap — although unauthorized — TV services.

“It’s basically designed to replicate your cable experience,” he says.

The services are also easy to use. They function as IPTV — Internet Protocol television — where users stream the content from the internet onto their TVs, often with the aid of a set-top box.

“Basically, [the pirates are] stealing signals from around the world, digitizing them, and putting them online,” says Deeth.

The pirates often refer to their service as IPTV – Internet Protocol television – where TV content is delivered over the internet. (Best IPTV Service)

It’s also easy to sign up. CBC News did a Google search using the term “IPTV service” and discovered a long list of offerings.

Many websites boast about the multiple channels they offer and cut-rate prices. They also include a page where customers can sign up and pay, often by PayPal, Bitcoin, or credit card.

“People are giving out their credentials to basically pirates,” says Deeth.

‘They can take HBO’

Chandrasekar says his company has lost close to $4 million in revenue over the past five years, and he blames a good portion of the decline on lost subscribers who have turned to piracy, including black market live TV services.

He says those services can steal for free live broadcasts ATN pays big money for, such as the Cricket World Cup.

“It’s no longer a program that’s being pirated on YouTube,” he says. “It is the entire linear channels from around the world.”

It offers several different packages such as its best-selling Express subscription for $12 US a month for more than 1,000 channels.

Chunhua Yang with Best IPTV Service said by email that the company is a third-party reseller that simply buys IPTV links to resell “for little profit.”

How do you stop it?

To combat the growing pirated TV trend, Deeth says it needs to be tackled on many fronts. Besides targeting the people who operate the services, he says authorities can also work with payment companies used by the pirates.

When Netflix cracked down on people who paid for unblocking services to access content restricted to other countries, PayPal disallowed at least two unblocking companies from offering its payment services.

“The best way to stop this is to make these services unreliable, make it not worth the money,” says Deeth.

“To go after blatant piracy sites is, in our opinion, an extraordinarily simple, common-sense approach.”

However, some consumer advocacy groups have criticized this idea, claiming it could lead to rampant internet censorship.

Instead, the groups suggest the best way to combat piracy is to offer cheaper, legal services that give Canadians what they want minus the risks of signing up for a pirated service.